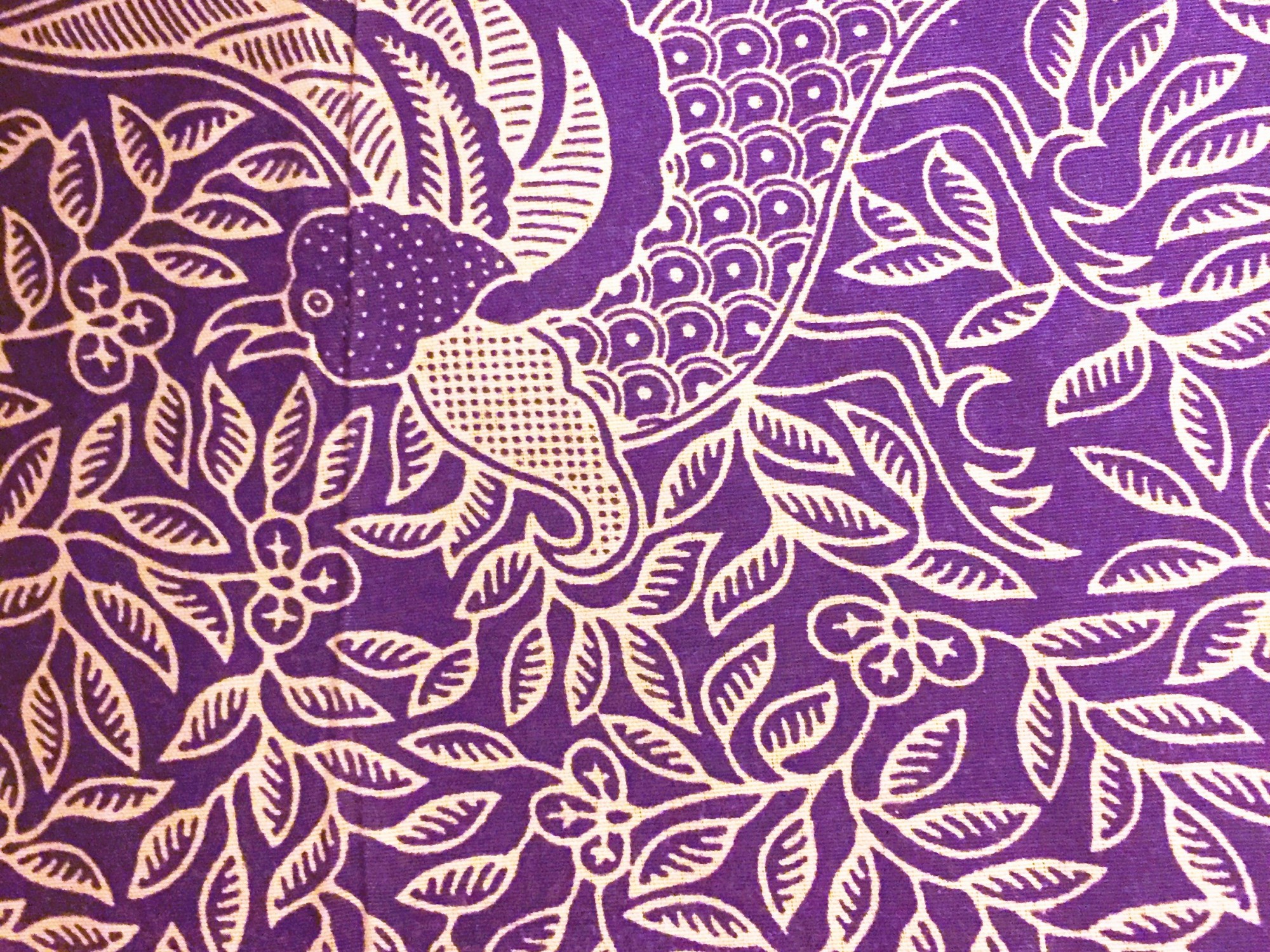 With the Indonesian Broadcasting Commission banning all LGBT characters in media, platforms like the Q! Film Festival are being prohibited in creating a safe place for discussion. Moreover, with this ban there is little to no room for alternative perspectives on minority subjectivities in Indonesia.
As I have stated in part one of this blogseries, I will now go into a general description of the Indonesian film history and of queer representations therein, but I will also address the importance of having queer film festivals in Indonesia.

The representation of queer subject positions in mass media is not a new phenomenon in Indonesia. There have been various depictions of waria, gay, lesbi and transgender characters, however these were often of negative nature (Michalik & Coppens 2009, Murtagh 2011: 393). During my fieldwork in Yogyakarta, Indonesia I was surprised to see many gay and waria characters and hosts on television, including in programs for children. My friend, who is Indonesian, pointed out that there even was a joke at one time going around that you have to be gay or act banci to be hired for Indonesian television. During my fieldwork I also noticed the dominant presence of azas kekeluargaan. In commercials, on post stamps, shopping mall displays and in the classroom the family principle was reflected.

As I have mentioned in my previous blog, heteronormativity plays a big part in Indonesian society. As a result thereof many of Indonesian mainstream and independent films do not really celebrate everyday gay life and promote political rights, but are operating within the sphere of the nation and the family (Coppens in Michalik & Coppens 2009: 178). Being able to have access to media in which homosexuality and other non-normative forms of gender and sexuality are depicted is of great importance, because most (homosexual) Indonesians learn of the terms through mass media. Where waria can recognise or learn their subject position, gay and lesbi do not. They have a “reception and transformation of ideas required from outside the home” (Boellstorff 2005b: 67). The recognition of their peer ‘queer others’ shows Indonesian gay and lesbi that “it is not only that same-gender desire can be constituted as a subjectivity, but [that it is] also translocal” (Boellstorff 2005b: 71). Gay and lesbi Indonesians divide their world into three worlds: dunia gay (gay world), dunia lesbi (lesbi world) and dunia normal (normal world). The dunia gay and dunia lesbi can be seen as a transnational imagined community in which they can be terbuka (open) and can behave and talk differently than in the dunia normal. Think of how in the West people talk of ‘being in and out of the closet’. Anthropologist Tom Boellstorff has written an article about Bahasa gay and stated that:

“Many homosexual men in Indonesia speak what they call Bahasa gay ‘gay language’, a linguistic phenomenon based upon Bahasa Indonesia (Indonesian), Indonesia’s national language. Bahasa gay involves derivational processes including unique suffixes and word substitutions and a pragmatics oriented around community rather than secrecy.” (Boellstorff 2004: 248)

But, back to Indonesian mass media and queer representations therein. Since 1998 there has been an increase of the Indonesian film industry and with it also a rise of queer characters. Since then, alternative subjectivities are being presented in a more positive light and offer room for discussion. In 2002 the first Q! Film Festival took place, which offers a platform where queer films can be screened and provides a safe space for discussions. The launch of the festival, which was founded by freelance jounalists and movie fanatics, was attacked by Muslim fundamentalists who protested. In 2010 the festival was also attacked by the Islamic Defenders Front (IDF) who shouted homophobic slogans, physical threats and they accused the festival of blasphemy.
Visual anthropologist Laura Coppens, whom I have had the pleasure to interview for my thesis, argues that these kinds of festivals are of particular importance. She states that they help open up new ‘queerscapes’ in Indonesia where lesbi and gay Indonesians can negotiate their sexual identity and construct forms of gender and sexuality that are specific to the Indonesian context (Coppens in Michalik & Coppens 2009: 179).

Even though most Indonesian filmmakers, actors and characters are little known in the global film industry, the archipelago knows a long history of filmmaking. In the early 1900’s films from Europe and the United Stated were often screened in the Dutch-Indies. But, because of the dominant presence of foreign movies and the documentary film company which was connected to The Netherlands, it was very difficult to set up an independent Indonesian production (Michalik 2009: 7). The first film production which was made on Indonesian, or on Dutch-Indies ground at the time, was not financed by an Indonesian but by the Europeans Heuvelop and Kruger. The movie, “Loetokeng Kasaroeg” (1926), was based on a Javanese legend.

After Indonesia was declared independent in 1945, the film industry in the archipelago was dominated by the artistic elite. Three major film companies were launched: Perfini, by Usmar Ismail (“the father of the Indonesian film” according to Michalik); Persari, by Djamaluddin Malik; and the public company PFN (Michalik 2009: 8-9). The companies wanted to give voice to the Indonesian people, but this was challenging because of the strict censor policy. The movies which were made had to comply with the ideals of former president Surkarno. During this period, there were also a lot of movies imported from India and the United States. In the 1950’s and 1960’s the artistic world went along with the ideas of Sukarno who focused on communism and socialism, which also manifested in the movies that were made. As a result homogeneity of the Indonesian people were an important part of the movies (Michalik 2009: 9). This is why Sen has stated that Indonesian cinema is politics, because it has always been dependent of political power, like censor, grants and regulation control (Sen 1994). Moreover, she has argued that mass media like cinema and television have played an important role in the socio-political engineering of the nation (Sen 1995).

Which is exactly what seems to be going on in contemporary Indonesia. The ban on all representations and depictions of non-hetero subjectivities and what can be interpreted as such is allowing the government to stress its heteronormativity. Tom Boellstorff recently introduced his concept for “State Straightism” to explain that there is an ideology in Indonesia defining its citizens as heterosexual and normatively gendered. This ideology excludes Indonesians who are not heterosexual or have a non-normative gender (Boellstorff 2016). The ideology in turn contradicts two of the five state ideologies (Pancasila). Namely “diversity in unity” (Bhinneka Tunggal Ika) and “social justice for all the people of Indonesia” (Keadilan Sosial bagi seluruh Rakyat Indonesia).

When Suharto became president the productions also reflected the new president’s ideas: the focus of the movies shifted from socialism and communism towards economic growth and modernisation. Although the government encouraged to make national movies, it was still very easy to import foreign movies. This resulted in a big rise of sex-and-crime movies. Which inspired a revision of the existing censor policy (including a pornography censor).
Throughout the history of Indonesian cinema moviemakers took the opportunity to use their films to tell social and political situations, which was done in an indirect or disguised manner. The degree of masking was dependent on the degree of repression at that moment. This particular way of giving criticism in an indirect and teasing allusion is a traditional way in Indonesia and is known as sindiran. This phenomenon stems from feudal and colonial times (Hanan in Michalik & Coppens 2009: 15). If you would like to read more on the history and developments of cinema in Indonesia, please read works by Karl Heider and Krishna Sen who have done extensive research on the subject.

As I have mentioned before, images and mentions about alternative forms of gender and sexuality often have a negative stigma in Indonesian mass media. The way in which Indonesia is reacting to the LGBTQ-community is somewhat similar to how it reacted in 2008 after an openly gay serial killer Verry idham Henyansyah, Ryan as he calls himself, confessed to have committed 11 murders, including a 3 year old child (ABC News 2009). The accompanying media attention of the case has led to a stigmatization of homosexuals as being violent and obsessed with sex. There were reactions of religious leaders and many of the government officials that people should try to prevent this kind of behaviour by acting as decent citizens, or in other words get married and get kids, be heterosexual (Coppens in Michalik & Coppens 2009: 178). Homosexuality is thus being connected to ‘danger’ and violent behaviour and characteristics in Indonesia.

With the latest developments of anti-LGBT movements in the archipelago alternative forms of gender and sexuality are also negatively depicted in the news. It is not so much connected to violence, but it is being linked to the endangerment of the Indonesian way of living. Sharyn Graham Davies, associate professor in the School of Social Sciences and Public Policy at Auckland University, has written that LGBT has been framed as a direct threat to Indonesia’s sovereignty and security from the west (Graham Davies 2016).

“The chair of the commission of the House of Representatives, and the person in charge of defence, foreign affairs, communications, information and intelligence, Mahfudz Siffiq, stating, ‘LGBT issues can damage national security, identity, culture and the faith of Indonesians’. Defence Minister Ryamzard Ryacudu described efforts to recognise LGBT rights as an attempt by western nations to undermine Indonesia’s sovereignty and he called the LGBT movement a ‘proxy war’ aimed at brainwashing Indonesians.” (Graham Davies 2016).

Some of my Indonesian friends with whom I have spoken about the recent “anti-LGBT” developments say that it seems like the Indonesian government and its citizens consider LGBT more threatening than terrorism. There have been protests, a firing of an alleged homosexual lecturer at an university, banners with “anti-LGBT” slogans in the public space and at universities, etc.
This line of thought has also a big impact on the way gay, lesbi and waria were and are presented in mass media. In the coming three blogs I will explore the ways in which waria, gay and lesbi subjects are being portrayed and constructed in Indonesian cinema. You can subscribe to this website or follow me on Twitter or Instagram.

4 thoughts on “Gender & Sexuality in Indonesia: Representations in Mass Media”